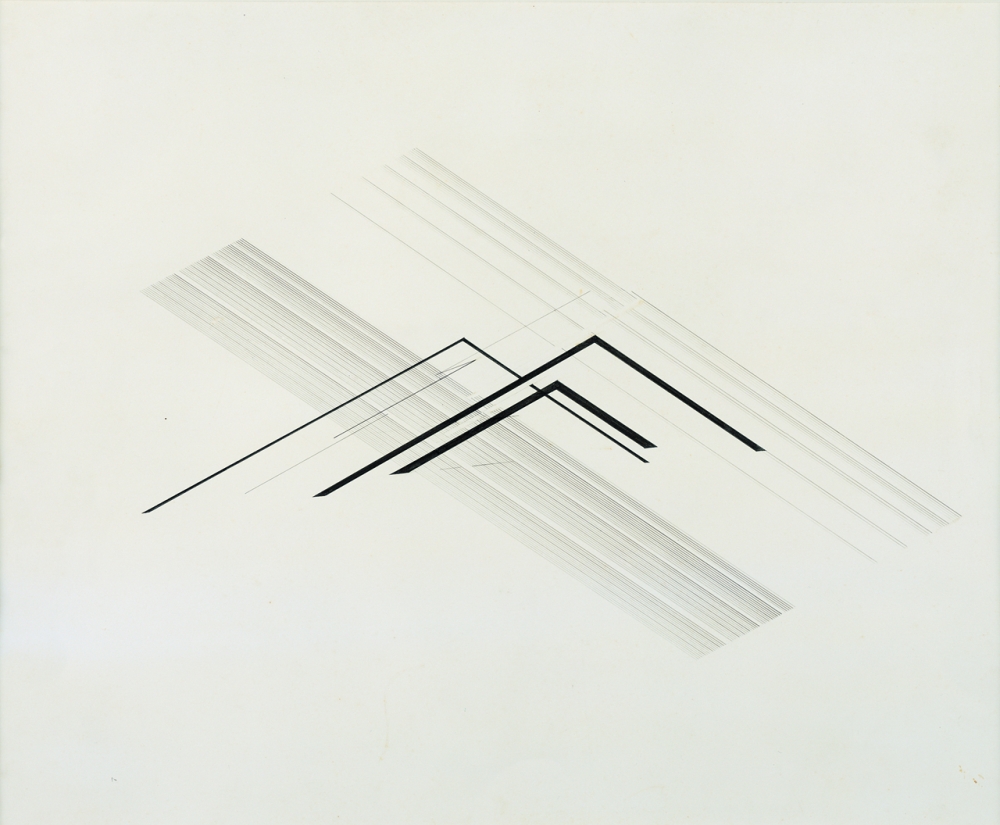 'Lines Among Lines' The Drawing Room

Nasreen Mohamedi (1944-90) is still little known outside of India, though she is a much-admired figure there. In New York, a few of her abstract drawings have turned up in group exhibitions, and Talwar Gallery has surveyed her photographs. Now samples from both are united in this hushed but magnetic show in the Drawing Room, across the street from the Drawing Center.

Raised in Bombay, Mohamedi went to art school in London as a teenager, and later traveled to Iran, Japan and the United States. She began as a gestural painter but was attracted to the spare linear styles of Malevich and Klee, and in India, those of V.S. Gaitonde and Jeram Patel. This sensibility initially came through in her photographs of Islamic architecture and urban signage, and later in linear pencil and ink drawings on graph paper, which suggest receding perspectives and lifting-off futuristic forms. Against all physical odds, she continued to produce these up to the time of her death from Parkinson's disease.

In modern Indian art there are few, if any, artists like Mohamedi, minimalist and abstract. Nor are there many like her among artists in the United States today, the most obvious comparison being to the late Agnes Martin. But in a slender publication produced for the show, the art historians Geeta Kapur and Susette Min make an eloquent case for her art in both cultural contexts. And Ms. Kapur further links Mohamedi's work and her personal life through quotations from her journal.

All I can say is, don't dismiss the show because it looks at first like something you've seen before. You haven't. Spend some time with it; read the short catalog; then spend more time. Mohamedi is worth the effort, and she will stay with you.