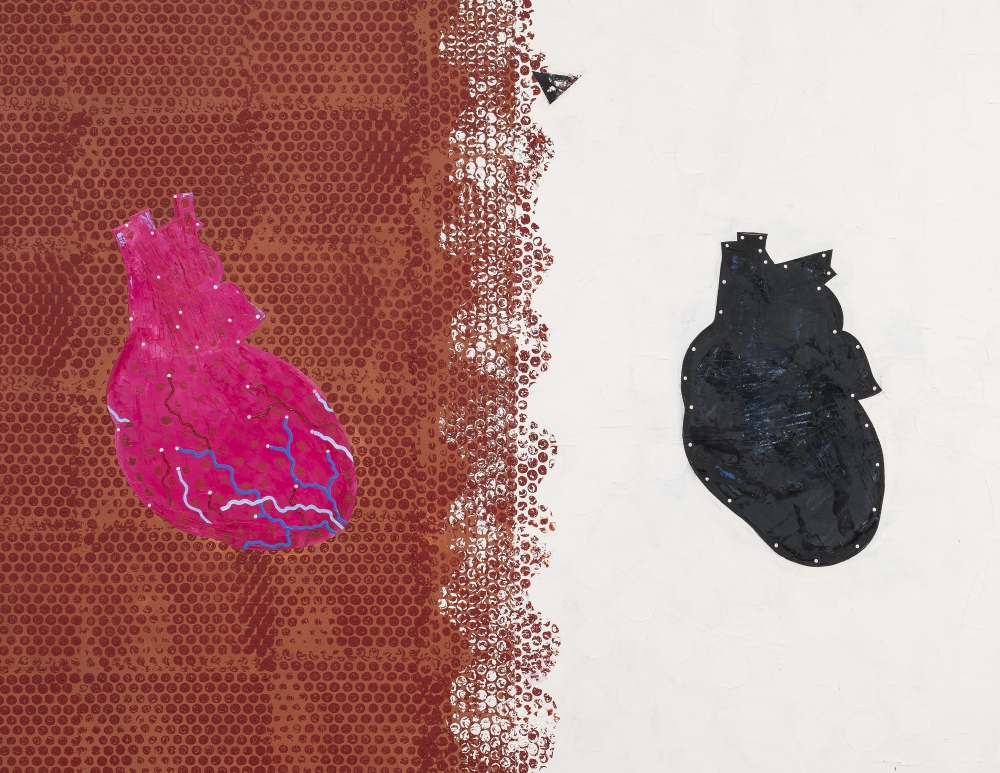 From mundane objects to rapidly changing surroundings and her own ponderings, for artist Anjum Singh the subject remained experiential. Her complex compositions held multiple layers within, including fragments of her experiences and fight with cancer, which she succumbed to on November 17 in Delhi. She was 53.

Daughter of artists Arpita and Paramjit Singh, while some believe that she inherited artistic talent, Anjum charted an independent journey to discover her own oeuvre that changed over the years. A graduate from Kala Bhavan, Santiniketan, she pursued her masters from College of Art, Delhi, followed by studies at The Corcoran School of Art, Washington DC in the early 90s.

Admitting to being influenced by Amrita Sher-Gil during the early years of her practice, the largely figurative works that initially defined her work, later changed to more diffused forms. Colour and texture remained central to her art, even as she experimented with brush and knife to add layers. Her gaze also moved to everyday objects. She gave them different forms in her own assemblages — if Cola Bloom had discarded cola bottles painted in bright pink, put together like a flower, Bumper to Bumper reflected on traffic snarls.

In her most recent showcase at Talwar Gallery in Delhi last year, she shared her inner turmoil and battle with cancer. Titled ‘I am Still Here’ the solo featured autobiographical elements, that both represented her wit and strength. “She was very organic. Everything about her was from the heart, so was her work… She was a warrior with a smile and had a deep passion for everything in life,” says fellow artist Manisha Gera Baswani.

“Anjum Singh was a wonderful artist who passed away after a long but brave and courageous battle with cancer,” Kiran Nadar, Founder and Chairperson of Kiran Nadar Museum of Art (KNMA), told PTI.

“Today Anjum left us after a six and a half year courageous battle with cancer. She leaves a void that will forever remain so, but her art, her smile and tenacity to fight will remain, in our hearts and more,” Talwar Gallery wrote on Instagram.

The show, said curator Ranjit Hoskote, was “a poignant affirmation of presence, surprise, and the survivor’s determination”.

“I am deeply saddened to learn of Anjum Singh’s passing at 53, no age to go. She fought cancer over six years; her last exhibition, held a year ago, was titled ‘I am still here’, a poignant affirmation of presence, surprise, the survivor’s determination. Rest in peace, Anjum,” he wrote on Twitter.

Expressing her condolences, Nadar said Singh would continue to live on through her work which was “independently noteworthy”.

“Her exhibition last year entitled ‘I am still here’ brought together a personal and passionate set of works that focused largely inwards as she grappled with her disease of the last few years. Our condolences go out to the whole family, she will remain alive through her work,” the KNMA founder said.

Singh also trained at The Corcoran School of Art, Washington DC from 1992 to 1994, and was a recipient of the Charles Wallace Fellowship, which led her to work at Gasworks, London in 2002-2003.

Her works are in the collections of Kiran Nadar Museum of Art and have been on view at Prince of Wales Museum, Mumbai, and at The San Jose Museum of Art, California.

Renowned Hindi writer and trustee of the Raza Foundation Ashok Vajpeyi remembered Singh as an artist with “an intense aesthetic vision and innovative zeal”.

The Raza Foundation deeply mourns the passing away of Anjum Singh. She emerged as a distinctive painter of the young generation, with an intense aesthetic vision and innovative zeal.

“She struggled bravely with a killing disease. Her parents, the well known painters Arpita Singh and Paramjit Singh have suffered a grievous loss.The Raza Foundation is with them in this tragic moment,” the poet wrote on Facebook.

Singh’s works were recognisable in her use of bright colours, which were recurrent in her works on the continued degradation of the environment.

She was inspired by the ‘simple and mundane’ element of the life that surrounded her, recalled curator Roobina Karode.

Simple and mundane forms engaged Anjum. With cheerful colours she articulated the apathy towards erosion of the environment. A quest on corporeal vulnerability occupied her works right from her student days in Santiniketan, until her long and painful battle with cancer that she fought so bravely.

Artist Jayasri Barman took to Instagram to remember the late artist’s “poignant and powerful” work. “Anjum’s art had the beautiful ability to portray pain into a collective experience. They were poignant, and powerful. Extremely saddened to use ‘had’ for her. It pains me to think of her wonderful parents…Praying for her soul,” she wrote.

Khoj Studios, a not- for-profit, contemporary arts organisation of which Singh was a former member, also mourned her loss. “It is with a heavy heart that we bid farewell to our incredibly talented friend and artist Anjum Singh. Her association with Khoj began in the year 2000, when as a member of Khoj , she also attended the Khoj workshop at Modinagar. She was an integral part of the Khoj family in thought and spirit.

Anjum, you will be thoroughly missed but your work, your courage and tenacity will remain with us. Rest in Peace,” the organisation said. Politician Derek O’Brien also expressed his condolences on Twitter.

“Gone too soon. One of the brightest from the Indian art world. Anjum Singh, 53. Her powerful and moving final exhibition of her work is titled ‘I am still here.’ Condolences to her parents, artists extraordinaire, Paramjit Singh and Arpita Singh. Travel well, Anjum,” he wrote.