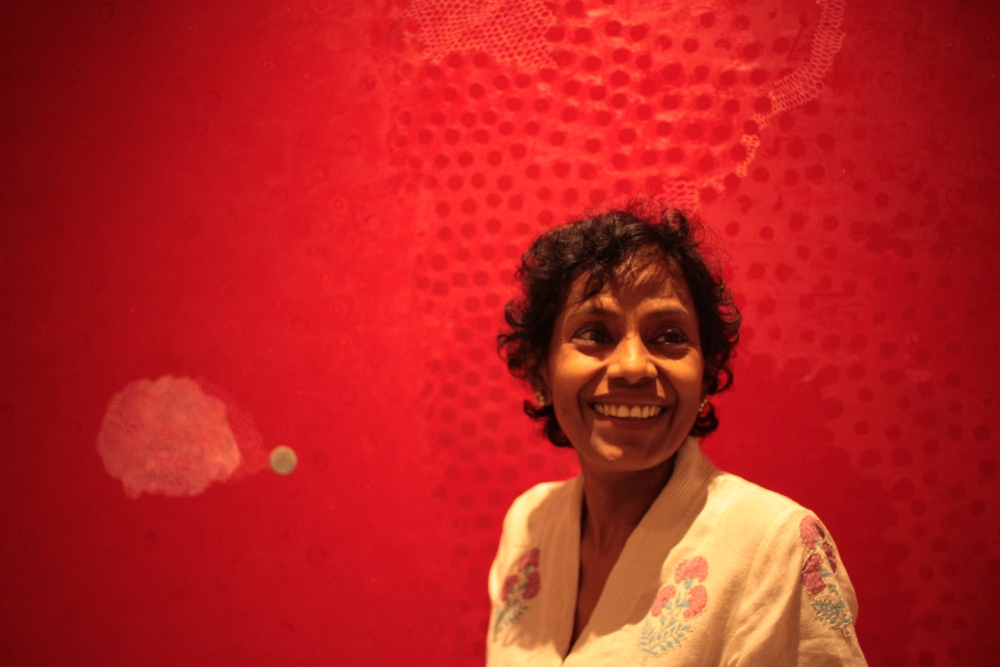 On November 17, multimedia artist Anjum Singh, known for her examination of urban ecology and environmental decay, passed away at the age of 53 in New Delhi after a six-year-long battle with cancer.The daughter of modernist painters Arpita and Paramjit Singh, Anjum Singh decided to pursue a career in the arts early on. In 1989, she obtained a bachelor of fine arts in painting from Shantiniketan’s Kala Bhavana, at Visva-Bharati University, and received a master’s degree in painting at New Delhi’s College of Art in 1991. During her time at Corcoran School of Art in Washington D.C., when she took courses on printmaking and painting between 1992–94, she began to incorporate organic forms, colors, and textures into her paintings. In 2002, she received the Charles Wallace Fellowship, and took a year-long artist residency at Gasworks, London. Singh is recognized for integrating everyday objects in her works. For example, egg-shaped installation The Skin Remembers (2010) incorporates industrial materials such as ball bearings and fiberglass, offset by black magnets that ooze out of a tiny crack in the egg, highlighting society’s reliance on synthetic objects as opposed to natural ones. Similarly, discarded Coca-Cola bottles painted in hues of pink and red are arranged as flowers in Cola Bloom (2004–05), addressing issues of consumerism and waste management. Her works have been exhibited internationally, including solo exhibitions at New York’s Talwar Gallery in 2002 and 2015, and at Singapore’s Bodhi Art in 2007. She also participated in group exhibitions including the 7th International Cairo Biennale in 1998, at London’s Grosvenor Gallery in 2007, and at San Jose Museum of Art in 2011. Singh’s last exhibition was held at New Delhi’s Talwar Gallery in September 2019. Titled “I am still here,” the presentation featured new paintings and works on paper created in response to her cancer relapse and treatment. She began using her art to investigate corporeal vulnerability and the unknown realms within her body when she was first diagnosed in 2014. One of the paintings on display, Alien (2018), sheds light on medical treatments and the need to define parts of her own body as foreign. In a newsletter sent on November 18, gallery owner Deepak Talwar paid tribute to the artist, saying “she delivered her most beautiful, bold yet poignant body of work, totally her own. Little did we know she was delivering her swan song. We won’t forget her art. Anjum is still, here.”